Nacatamal is the Nahuatl, or Aztec, word for meat tamale.

Of course, tamales existed waaay before the settlers and colonizers invaded our land, but the meat in the recipe changed with colonization. Pretty much back then our ancestors were making tamales with turkey meat, deer or just veggies; however, the colonizers introduced lard and changed the meat to pork in our tamales.

END_OF_DOCUMENT_TOKEN_TO_BE_REPLACED

First off, I already know I gotta say this for yall sue me for some bullshit… I AM NOT A LICENSED PHYSICIAN please consult your colonial doctor before you try any of herbs that I mention or dietary changes. Okay now that that’s out of the way, fuck your doctor! END_OF_DOCUMENT_TOKEN_TO_BE_REPLACED

Sound the Alarm because we need to #ProtectOurGirls.

This article is written with an agenda to destroy the ability for anyone to trick you into forgetting who you are and who the enemy is.

This is beyond Greta, so I have tricked you. See how easy that was? So, if my junior college drop-out self can trick you so easily, what do you think about a 600 year old system that is birthed and sustained from tricking you? And, probably tricks you a whole lot better than me!?  It knows you–no, it knows us–better than we know ourselves. END_OF_DOCUMENT_TOKEN_TO_BE_REPLACED 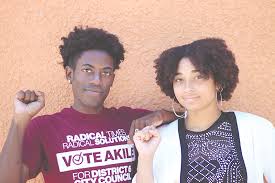 Black Power my name is Gazi Kodzo and I am the founder and leader of The Black Hammer organization. I was Eritha Akile Cainion’s first Campaign manager and I am also a survivor of the Uhuru Organization. I mean a survivor in every sense of the word. Many innocent people who have escaped the Uhuru Organization have been mentally scarred even to the point of suicide. As recently as last year, a 19 year old boy committed suicide while under their mental torture. This is why I have to speak out against the election of Akile Anai aka Eritha Akile Cainion. 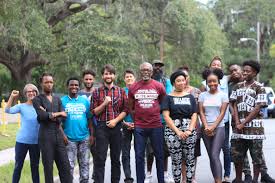 What you first have to understand is that I am not actually criticizing Akile. She is a young woman who is being manipulated and used as a puppet by a greedy old man named Omali Yeshitela. Omali Yeshitela and his organization have a long track record of mentally abusing, scamming, harassing, and slumlording, the very people they say they fight for…poor and working class black people.  Specifically black women and mothers.  END_OF_DOCUMENT_TOKEN_TO_BE_REPLACED

BLACK INTELLECTUALS ARE NOT JUST USELESS BUT DANGEROUS!

The Negroe Intellectual what an odd bird he is. You see intellectuals are supposed to be a grouping of people who are skilled at thinking and their thinking is used to advance humanity. Think of it like this, what good is a farmer if he cannot produce to feed the people? Skill is only as important as its ability to produce and advance society.

This is where the oddness of the Negroe intellectual comes in. You see education is nothing but a tool to reproduce the theories of the dominant society. We live in a White Powered society that is sustained through the parasitic relationship towards everyone that isn’t white. Therefore the dominant theory is thought condoning that parasitic relationship. END_OF_DOCUMENT_TOKEN_TO_BE_REPLACED

The United Snakes of America has always been a slave state. From the beginning the colonizer been stealing indigenous peoples land and resources. In the case of Africa the colonizer chose to steal people, so they could profit from their labor and livelihood. Colonizing black and brown people and using them as chattel is what built the wealthiest nation to have ever existed.

The colonizer continues this tradition today having turned the vehicle through which they steal lives and labour from ships, to cell blocks. Boasting the highest prison population in the world, the US holds onto its slave state status. The United Snakes has the highest % of its general population under some form of incarceration in the world. At the end of 2013, roughly 6.9 million adults — 2.8 % of the population — were under some kind of “correctional 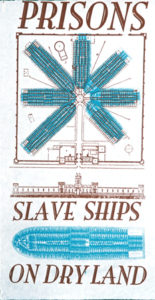 In Orlando, I can’t go no-where without seeing a brother or sister scavenging for some food. As the years go by the homeless population just seems to get higher and higher, I cant help but wonder if that has anything to do with the second soccer stadium they built on top of parramore, one of the oldest historically black neighborhoods in Orlando.

It also could be the fact that on top of two soccer stadiums there are now insanely bougie condos right across the street from the stadium to facilitate tourism, built with there own market strip of expensive italian restaurants and vegan doughnut shops. This is how gentrification functions. END_OF_DOCUMENT_TOKEN_TO_BE_REPLACED