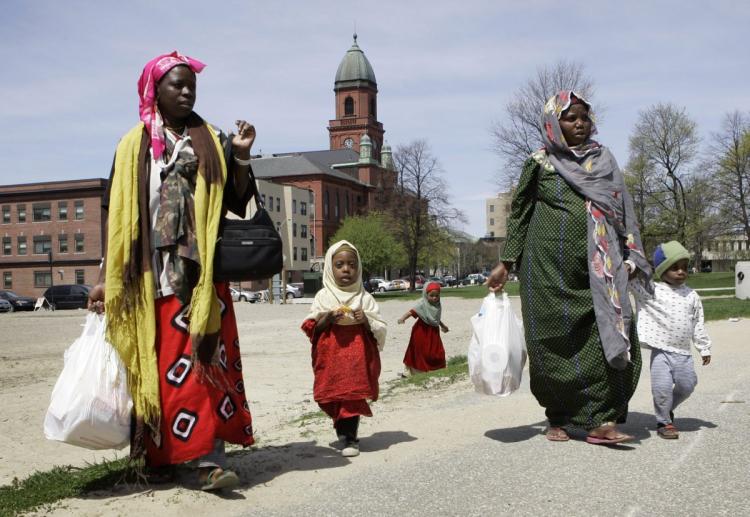 Of all 50 snakkkes of the u.s., Maine has the highest rate of Coronavirus infections amongst African people. At the same time, Maine has the lowest infection rates amongst colonizers in the country.

The grim truths about African and colonized people can always be explained when the core contradiction, colonialism, is understood. We are being targeted, our neighborhoods strategically looted of the resources needed to survive a pandemic, and our loved ones forced onto plantations to keep the engines of this bloody economy from seizing and dying.

Black residents make up 1.4 percent of the population of Maine. At the same time Black people were 713 of the 2,578 Coronavirus cases in Maine–a staggering 27.7 percent. Taking into consideration that this census information includes those with unknown ethnicity, Black residents still account for 24.3 percent of all cases.

Maine CDC reports 1 out of every 27 African people tested positive for coronavirus. For whites, that figure is one case for every 725 people.

“The number of individuals who have been affected by COVID-19 who happen to be racial and ethnic minorities is categorically, unacceptably high, and unacceptable to every single person who is working on the response,” Shah said on Friday. “We are making strides and we are attempting to do better in partnership with members of those communities. But … I will be the first to acknowledge that we have more to do there.”

Small, cheap housing and large, African families make it hard for someone with Coronavirus to isolate. In hotspot cities like Lewiston, many families live in older, tenement-style apartment buildings that have multiple stories but only a single entrance and exit, substantially raising the risk of transmission.

Shah announced that hotels in five cities — Portland, Lewiston, Augusta, Waterville and Bangor – will provide rooms to those with Coronavirus who cannot isolate at home. She made no mention of how, or even if these businesses would take any steps to protect their “essential” colonized staff.

Nationally, Black people have seen  the coronavirus pandemic forcibly pushed  into their neighborhoods, in terms of infection rates, deaths and the economic toll caused by layoffs and widespread business closures.

Black people account for 24 percent of deaths nationwide – or nearly 25,000 people as of late last week – despite comprising 13 percent of the country’s population, according to The COVID Tracking Project’s Racial Data Tracker.

In Maine, the majority of COVID-19 cases among Black residents are happening in Cumberland and Androscoggin counties, among immigrant communities living in or near Portland, Lewiston and Auburn. 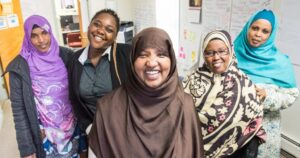 African migrants also work in “front-line” healthcare jobs. According to the Maine CDC, more than 300 of the 743 health care workers who have Coronavirus in Maine are African. African immigrants work risky jobs in fields like direct care, personal assistance, and custodial jobs at nursing homes, group homes and other hotspots of Coronavirus.

Additionally, colonized people comprise a major part of the workforce at many local manufacturing or processing facilities—yet another hotspot for the spread of coronavirus—including at the Tyson Foods plant in Portland that had an outbreak of 51 COVID-19 cases last month.

Shah also pointed out that some of these workers are among the asylum seekers from central African nations who arrived in Maine by the busload last summer after crossing the u.s.-Mexico border.

“Even more of them are playing a critical role in our economy during this time, working in places like grocery stores and other parts of the essential food chain, such as food processing plants, under very difficult situations,” Shah said Friday during his daily briefing. “Those are the same individuals who we came together a year ago to help, who are now, in turn, helping us on the front lines themselves.”

The fundamental contradiction of Maine and Coronavirus is amerikkkan imperialism and colonialism. 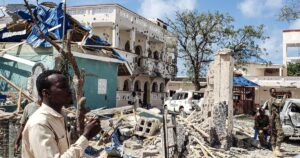 Barack Obomber pursued a destabilization campaign in Somalia with the lie of anti-terrorism. This conflict against Al-Shabaab was used to ensure that a unified Arab nation could not practice self determination, causing chaos amongst the people.

The leader of the Somali Democratic Republic, president Mohamed Siad Barre, broke ties with the USSR and embraced u.s. aid and colonization through the International Monetary Fund. This unstable ideology and opportunism of Somalian revolutionaries siding with colonizers allowed the civil war of Somalia and the subsequent refugee crisis to occur.

Colonizers will use any means necessary to get what they want. Colonizers want white power to thrive by dividing colonized people with carrots of stolen loot or sticks of drone bombs.

Most African people in Maine are poor and working class immigrants. The same system that terrorized their country terrorizes them right here with biological warfare. How could that same system build a hospital for profit and not expect it to produce the same death and despair? That is the fundamental project of genocide.

Colonized people are never the patients, we are the guinea pigs.  When Massa calls us “essential” workers, what he means is essential slaughter. When the media reports an infection rate that’s 20 times higher in black neighborhoods than white neighborhoods, the colonizer smiles, and sighs with relief. This is the reality we faced even before the pandemic.

Black Hammer believes in the equality of all poor and working class colonized people and believes that self determination means building up our own organized power, our own institutions of health and government that we have full dictatorship over. We believe that to do that, we must be united to bring down Colonialism once and for all.

Only through the dictatorship over our land, lives, and resources can we achieve true freedom from the neocolonialist leaders who betray the people for the loot of colonialism.