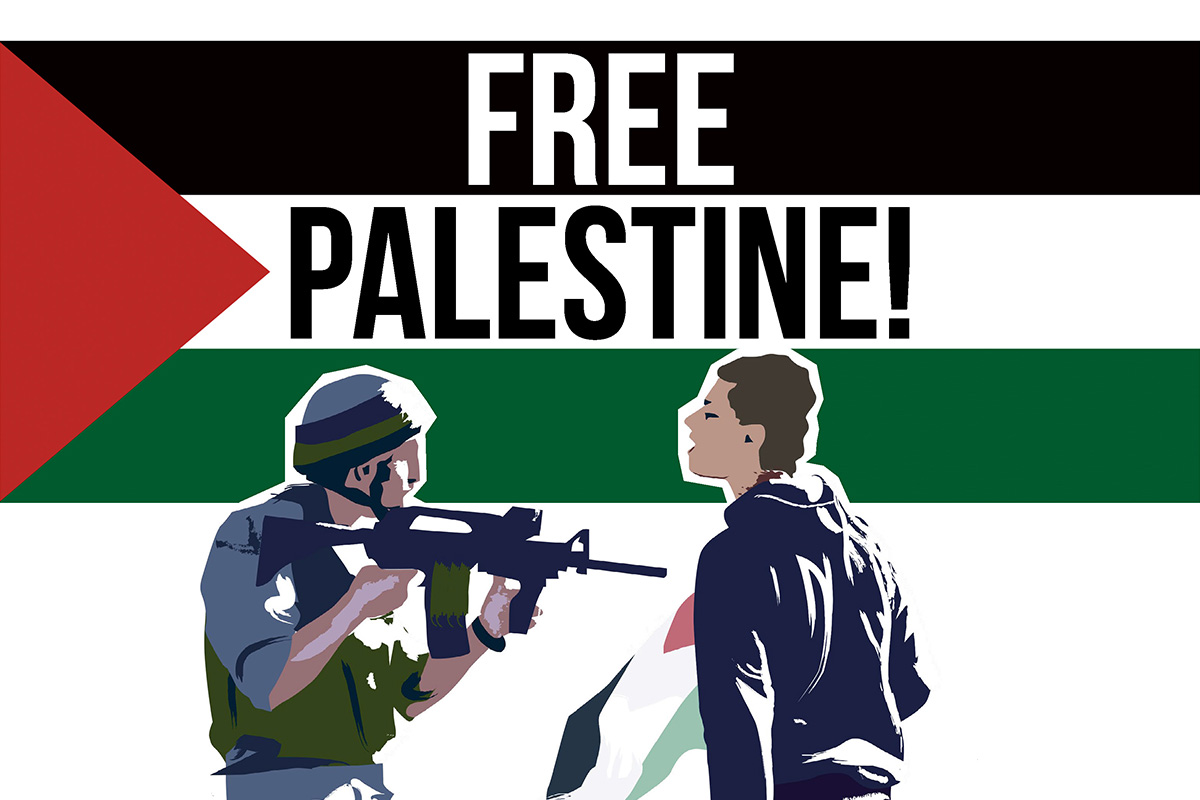 May 15th marked the 72nd anniversary of Nakba Day.

Palestinians worldwide commemorate the annual Nakba Day to remember the ethnic cleansing that birthed israel and fuels the continued occupation of Palestine.

Al-Nakba, meaning ‘the catastrophe’ in Arabic, refers to the Palestinian exodus and  displacement of roughly 700,000 Palestinians from Britishmandated Palestine in 1948 at the behest of the Zionist occupation and British colonialists.

The Nakba occurred as a direct result of israel’s declaration of “independence” on May 14th, 1948.

On the 72nd anniversary of Nakba, it is essential to renew our unwavering solidarity with the Palestinian people in the fight towards liberation.

Israel is an illegitimate settler state founded by (and for) colonialism.

This is a scheme to eradicate the Palestinian identity and remove Palestinians from their homeland of Palestine.

In an attempt to look progressive, israel gives some Palestinians the “privilege” to work as migrant workers, effectively as second class citizens like colonized essential workers of the US (as if that’s decent).

The israeli military frequently launches massive assaults on the largely defenseless Palestinian people in Gaza, resulting in thousands of Palestinian dead and wounded.

These assaults started 72 years ago and continue to today, with the latest attacks reported last week.

This detention camp is one of the largest detention centers in the world, with a total capacity of 8,000 inmates.

It is at this detention camp where hundreds of African immigrants are held for months without trial every year.

Not only does israel exterminate indigenous Palestinians, but they uphold white power in all aspects of society.

This illegitimate state  commits numerous human rights abuses and crimes, so it is no wonder why they have the backing of amerikkka.

The zionists could never have colonized the Palestinians without the support of Western imperial powers.

WE MUST STAND  WITH THE PALESTINIAN NATION AND PEOPLES

We reject israel as a legitimate state.

We reject all acts of normalization of the state of israel.

Whether through media, music, or art,   the state of israel serves to normalize the settler rationale of the murder and human rights abuses of the Palestinian people.

We stand with Palestinians in Jerusalem, the West Bank, Gaza, and in the global diaspora in its fight against occupation.

We stand with the Palestinians imprisoned in israel’s inhumane jails.

We stand in solidarity with the Palestinian people who are facing systematic suffering, displacement, and brutal oppression from the israeli forces.

Comrade Keirien represents and writes for the colonized Black people of the united states. You may find Keirien passionately tweeting about the San Antonio Spurs (whose playoff streak still remains intact), and all things revolutionary.