I am writing this article as a medical professional to share the ins and outs of the medical industry from my experience.

After witnessing the birth of my grandchild and the lack of autonomy and attention my daughter received, I’ve gained even more perspective.

We all know and understand that Black men don’t like to go to the doctor let alone to a hospital. Black people are led to believe that we can’t and shouldn’t get sick. Consequently, Black people rarely go and get their ass checked out. And unless you have been hiding under a rock or got your head up colonizer ass you would know that, although Black women have less of an issue getting to a doctor than Black men, neither are not treated well at all. 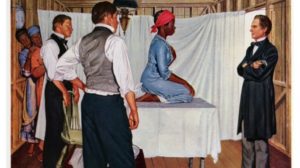 It was during my daughter’s pregnancy I noticed small things that would be said or done to my daughter or other patients that I found to be fucked up and unprofessional.

I will not speak on my title because I know that white power exists and so we are supposed to play dumb and pretend to not know anything about what they are doing. But we see y’all. We all know about that black girl magic! And I love when the time is just right to show them how this shit works!

I also paused and thought… It makes sense how we have white power and colonizers all throughout the medical system while colonialism would have us believe that our indigenous health practices are witchery and devil worship. All the while, they take those very same practices of eating from the earth and healing ourselves through plants and make them inaccessible to us in lieu of this medical industry.

But again, that is nothing new. For we know they have no original thought process unless it has something to do with raping, murdering, pillaging, but I digress!

Back to the things that I noticed most about my daughter’s journey. I noticed how little they take her words or feelings into consideration and that alone troubled me greatly. I can recall her OBGYN really trying to dictate how her labor was going to go and when it was going to happen. and completely ignoring what she wanted. This was the case for many others as well.

The other thing that I noticed was with regard to our pain level. Mainly how it is swept under the rug so to speak. Now, this did not happen to my child because I was not having it. But I’ve seen it with others and when I would speak up they would right on cue, without taking a breath, reference  HIPAA.

I won’t make this article unnecessarily long and drawn out. However, I will bring it home with these final thoughts on the topic…

We have been called “lazy”, “loud”, “angry” and told that we don’t feel pain ever since we left the cotton, sugar and tobacco fields. And colonizers have brought that same thought process over into the medical industry. As a result, we are dying for simple shit such as not being treated in an adequate amount of time.

We will forever be the worker mule. What I mean is, if you work at Walmart, Sam’s Club, Amazon, or the like, they don’t take medical excuses or doctor’s notes. This is the same mentality they had when our ancestors were being sold in the market and once we were bought. There was no such thing as being sick or getting hurt. Even after giving birth that morning, mothers were expected to go out and plow the field that evening.

Brothers and sisters, I say all of this to say that given what I have seen and learned now is the time to speak up for yourself and your family. If you are sick or hurting say that shit loud and proud. Hospitals have to treat you. And if they don’t make sure you have them put it in your chart. I don’t care if you just ask for a test. If you are told no, make them chart it! 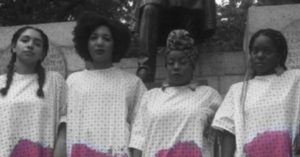 Whenever you make a trip to the ER, keep your paperwork and make sure you understand all that is going on before you leave. Check to make sure that what they said and did and did not do is on the discharge papers!

Remember we live every day, but we die once! Don’t allow them to kill you beforehand! We have enough to deal with on the drive to the doctor’s office or ER. Because the overseers my bad I mean police officers are always on the hunt my bad I mean on “patrol”!  Black Power!