Should non-black activists participate in saying “Black Power” with fellow Black activists? The short answer is no. But I am sure you did not come here for the short answer. So let me try to break down my answer a bit…. We live in quite a politically shallow-minded country. A country where most of our ‘political’ perspective is obtained from the same propagandist machinery that has direct material investments in our enslavement, exploitation, and genocide. In other words, we tend to repeat what we hear from the mouths of our oppressors. So in 600 words or less, I’m going to try and give a not so short answer.

A true call for Black Power must, at its core, be a call for sovereignty. We cannot discover what our collective interests are when we are governed by a hostile state. A state that regularly and without pause, both knowingly and actively causes the genocide of African and colonized people. A call for Black Power is a call for the freedom of self-determination. To do that, our governing body must be made for us and of us.

Why must we have our own shit you ask? Well, a true demand for Black Power is/should be a declaration of war against european colonizers. Because we know for people to have power, collectively, they need to have control of their own land (i.e. resources and raw materials) and control of their labor (i.e. their means to produce). And if history taught us anything it’s that europeans could not survive without the labor and resources of African and colonized people. And european governments out here fighting for european interests.

It is crucial for non-black comrades to join their Black siblings in demanding Black Power only when the intent is true solidarity. As revolutionaries, when we say Black Power we need to understand how our freedom is tied together so let me break it down further: 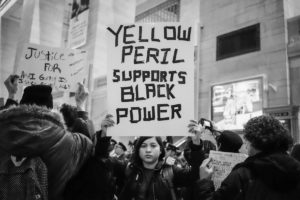 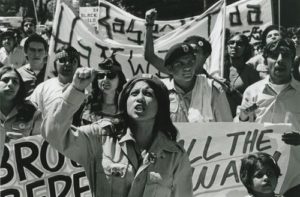 ⇒ ‘Blackness’, an idea also established by colonial violence, is also not just understood as the phenotypic contrast to whiteness. It is more easily recognized as the cultures, traditions, behaviors, values, politics, etc that directly challenge european standards of life. E.g. spending time in the sun, using food as medicine, herbology, spirituality derived from a relationship with nature/self, rhythm, the truth, collectivism, etc.

⇒ Anti-blackness is the head of the spear for colonial violence and european domination. It’s no wonder why there is such a high visibility of violence against Black people or why melanated people all over the world are trying to reject themselves and their people physically, culturally, socially, economically and even biologically. Anti-blackness or the rejection/ targeting of Black people does not just affect the descendants of enslaved Africans. Africans, Indigenous, and colonized people are conditioned to run towards ‘whiteness’ in an attempt to escape this colonial violence. When we let it, anti-blackness serves to divide us. However, a demand for Black Power by us all is a rejection of european dominance and a threat to colonialism that is unmatched. Black Power!