“ I keep a shotgun in every corner of my bedroom, and the first cracker even looks like he wants to throw some dynamite on my porch won’t write his mama again” 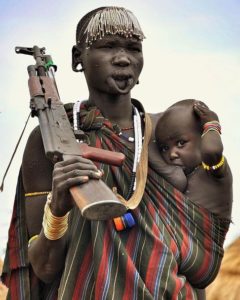 Throughout history, African and colonized people from across the globe have always needed to defend themselves from reactionary forces. From the maroon communities of the 1700s to the People’s Protection Units in Syria, armed resistance played an integral role in the preservation of strong and self-sustaining communities.

It’s easy to recall the iconic Malcolm X photo, rifle in hand while peering out of his window, but contrary to popular belief, MLK was also a gun owner and was reported to possess an arsenal of firearms inside of his house. King also applied for his concealed carry license shortly after his house was bombed in 1956, but was ultimately denied by the state. Although the civil rights movement of the 1960s was predominately non-violent, there were groups of Black people such as the Deacons for Defense that oftentimes provided armed security during marches, much to the dismay of the NAACP and King’s peers. Ida B Wells, a prominent anti-lynching activist in the 1890s, vowed that a “Winchester rifle should have a place of honor in every Black home and that it should be used for that protection that the law refuses to give.” 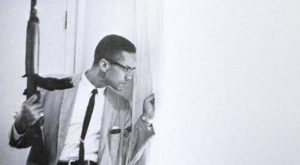 Robert F. Williams was the head of the Monroe, North Carolina chapter of the NAACP during the ‘60s. His branch was unique in that he was an advocate for armed self-resistance and was willing to meet “violence with violence.” As sit-ins throughout the South were rife with racist violence towards Blacks, Williams reported that “not a single demonstrator was even spat upon during our sit-ins” because they openly displayed their firearms and were willing to use them to defend themselves. 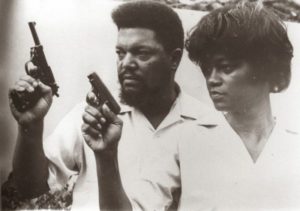 After Hurricane Katrina struck Louisiana in 2005, a band of white nationalists used the opportunity to form a militia within the Algiers Point neighborhood to patrol and kill Black people that were looking for resources. Anarchists, as well as people from the community, provided disaster relief while also defending themselves from the newly formed “Algiers Point Militia” and law enforcement. This action further proves that community armed self-defense is an effective tactic, and without it the people would’ve been rendered defenseless in this circumstance. 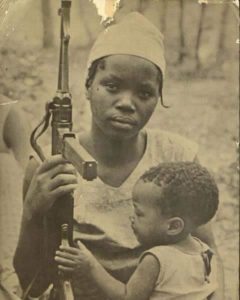 As late-stage capitalism and climate change progress, it is important for marginalized communities to arm themselves. It is evident that armed self-defense is a part of the revolutionary history of African and colonized people. We cannot depend on the morality of white supremacists when they continually refuse to acknowledge our rights and humanity as African and colonized people. If their primary goal is the extermination of our communities, we should be prepared to defend ourselves. Join the Black Hammer Gun Club today and help us arm our communities together!