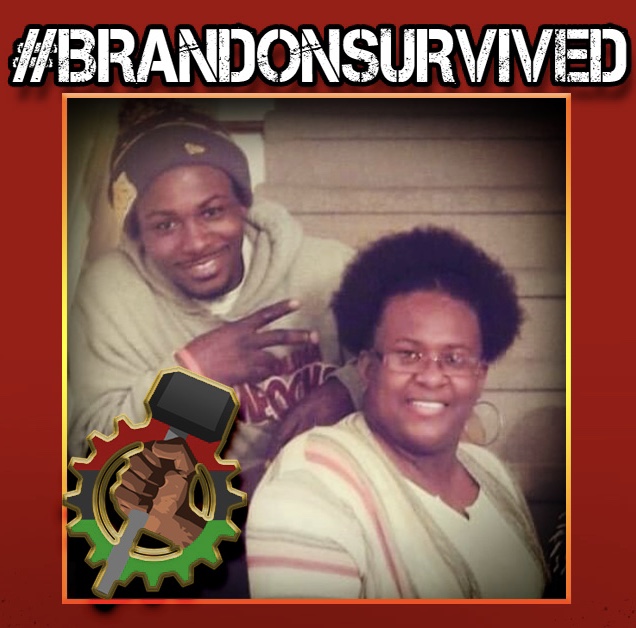 Black Hammer stands with the Legette family and condemns the Columbia Police Department for the unjustified attempted murder of Sir Brandon Legette, a member of the community of Columbia, SC, who survived being shot twice in the head, execution-style, by a police officer.

On August 24, 2019, Sir Brandon was stopped by police officers in a Food Lion parking lot after clocking out from his second job. His mother, Robbin Legette, knew nothing of the situation and only found out via the local news, at which point she drove to the hospital where Sir Brandon was being treated. She was not allowed to see him because he was in police custody. Sir Brandon survived being shot twice in the head with no brain damage and no vital injuries. One of the bullets only grazed him, and the other entered the back of his head and exited his face, but only passed through between his skull and brain. Per the instructions of the police, the hospital staff refused to provide Sir Brandon or his mother Robbin Legette with any information. Sir Brandon was transported directly into police custody and then jail, where he remains on a $250,000 bond and is recovering from being shot twice in the head by the police. While in custody, Sir Brandon is still experiencing headaches but has only received a single Cat Stan (computed tomography), the results of which have not been released to him or his family.

Let’s come together and support the Legette family as they fight for justice, against the system of police and ‘justice’ systems that oppress us! Use the hashtag #BrandonSurvived to spread the story and awareness. Join us in demanding justice for Sir Brandon Legette!