Ask anybody and they mama what a trap house is today? They’d be able to tell you in a heartbeat!

Sh*t, depending on who you ask, they’d prolly tell you where it’s at and what you could cop there. The term is fairly new tho; if you was to ask the OG’s or elders of our communities, they’d plainly tell yo a*s the trap house is nothing but a “made up” way of saying crack house. Period. 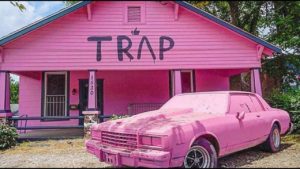 The problem is there’s no discussion of its origins. We know this is a contradiction; if we don’t know it’s origins then there’s no place to begin to fight! This contradiction was deepened for me when visiting TI’s Trap Museum here in ATL. You pay $10 to enter this building where the replicas of a living room and kitchen used in a “trap house” is so realistic, all I could say to myself was what the fu*k?  Scales here, pounds and pounds of weed there. Sheets covering what would be windows, roaches, overturned liquor bottles and empty beer cans. PACKS OF ODDLES & NOODLES MY NIGGA! And of course, crack, crack, and more CRACK.

The initial shock of realness fades as you walk throughout this display that represents so much pain and hurt within our communities. That shock is replaced with anger as you read descriptors that can define what a trap house is but not WHY and HOW they got here. Empty ass declarations of how tragic it is for this to be our reality but that’s just the way it is, that this is what our brothers and sisters have to do to survive.

And while that statement is partially true, the question is never asked WHY do our brothers and sisters have to resort to selling drugs that only poison our communities, making it more difficult for us to organize. What’s perpetuated is “that we don’t want to but we got to, fuck the pigs we just tryna survive!” when these same brothers and sisters are ONLY playing into an illegal drug economy STRATEGICALLY forced upon us by the ORIGINAL DOPE PUSHA, the us government. 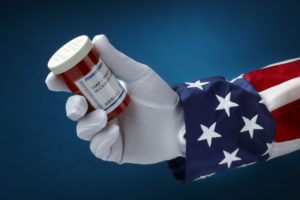 In the height of the crack epidemic in the 80’s, Ronald Regan stated that the crack epidemic was the worst thing to happen to black people since slavery. What this white nationalist ass pig doesn’t say it is that in order to fund counterrevolutionary action in Nicaragua, the CIA organized colonized and black individuals to begin selling crack and heroin in order to FUND the agency. In fact, the CIA conducted its OWN internal investigation in March of 1998 that found the agency had covered up drug trafficking into the black communities of LA for more than a decade! Google it! And while ya at it, read the Dark Alliance series written by reporter Gary Webb.

None of this is spoken to in the Trap Museum. And this only reveals more and more of TI’s class character and his aspirations. Of course, he can talk the talk and walk the walk of the trap house being that he was once a trapper himself but he will NEVA speak to the true culprit because he knows who controls the almighty dolla!

Black people’s pain and struggle has been profitable for far too long. We don’t organize to simply unite but to unite and do the work to overturn these imposed colonial contradictions. We don’t need a museum, we need freedom!