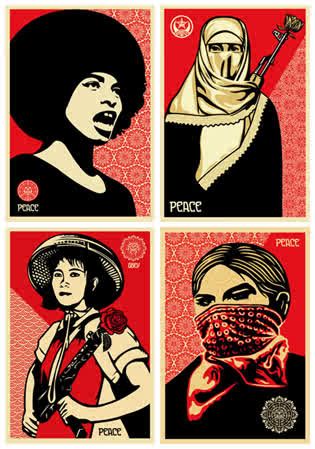 These are but a few revolutionary women. Throughout history, contrary to patriarchal narratives, women have played an important role in rebellions, revolts and uprisings for liberation.

For as long as women have been impeded by racism, sexism, classism and other oppression, women have stood up and fought against them. Yet, for many, the image of a revolutionary is a cis-het man.

There has been a long standing opinion that the only role a woman can play in revolution is to be a mother. With the assumption being that involvement in revolution is in conflict with what it means to be a woman. We must do away with heteronormative patriarchal gender roles.

Freedom and liberation movements in this country have created room, space and leadership for mostly heterosexual, cisgender men. It has forced women, non men, queer and transgender people either out of the movement or into supporting roles with little to no recognition.

Black Hammer, as an organization, has strived to center those left out and locked out of other revolutionary spaces. We are intentional about not replicating harmful practices.

If we want all African and colonized people truly free, our revolutionary thought must be intersectional. We must amplify the voices of those most marginalized. It demands that we restrain our minds.

It means seeing women as more than mothers and as equals in the revolution. Black Power!

2 Replies to “More Than a Mom: Women in Revolution”