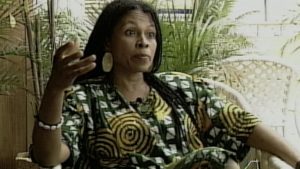 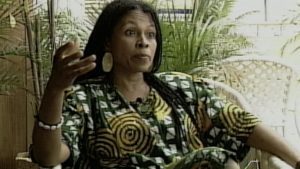 Those are just some of the words that come to mind when you think of our dear Comrade, sister Assata Shakur! A BAD ASS sister who is #MUVA to many of us who have decided to answer the call of our ancestors to end the oppression of our people and to put wyt power on its ASS!

For the month of July, Chief Dia has been leading Da Revolutionary Book Club through the pages of Assata: An Autobiography, in which comrade Assata spills the tea on the most loveliest and darkest parts of herself and on what it means to really be ‘bout that revolutionary life!

After graduating from CCNY, Assata moved to Oakland, joining the Black Panther Party. Auntie Assata organized protests and community education programs, returning to NYC where she led the BPP chapter in Harlem. There she coordinated the Free Breakfast Program for children, free clinics, and community outreach. Later, she would join the Black Liberation Army.

Assata told the US government to kiss her WHOLE BLACK ass when she ducked the pigs after being convicted of killing a New Jersey State Trooper in 1973. Sis was in Cuba by 1984 where she was granted political asylum. Shout out to the Cuban government who paid for her living expenses, her daughter Kakuya joining her in 1987. Most didn’t even know she was in Cuba until she agreed to be interviewed by Newsday.

Assata: An Autobiography is more than just that; it is another testament to how vile and vicious this government is. Comrade Assata spares no details to let yo ass know that they will go to any NEW low to make sure Black and colonized people never get free! To say she teaches us wyt power ain’t sh*t is really an understatement.

From giving birth while in the grips of the state, being in solitary confinement for months at a time in an all male jail, being beaten, facing illness, and having a $2 million bounty on her head to this day, Assata Shakur remains a beacon to us all who have found the beauty in the struggle to free ourselves from t

he oppression under colonialism and wyt imperialism.

Join Da Revolutionary Book Club with Chief Dia every Sunday at 11AM EST!

Show support by donating through CashApp – $BHBookClub or https://www.gofundme.com/BlackHammerOrg today!