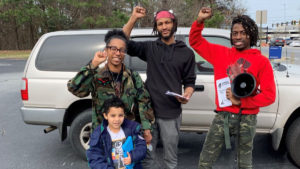 On Saturday, March 16, Black Hammer brought the hammer down in one of the busiest malls operating in Cobb County, Georgia, the Cumberland Mall!

Saltine white Cumberland Mall where on October 6, 2018, our li’l brother, 12-year-old Atlanta rapper Lil C Note was brutalized by a pig for allegedly selling his mixtapes; and white nationalist Cobb County where in August 2017, a officer told a cave Becky, “Don’t worry, we only shoot black people! 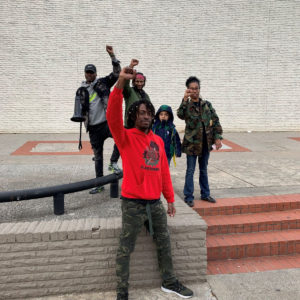 Comrade Chiefs Diakiesse Lungisani, Mouhamadou Diagne and Nyah Akerele along with li’l Comrade Ari held it down as lead organizer Chief Gazi Kodzo hopped on top of a table in the middle of the mall’s packed food court to make clear that Black Hammer ain’t playing no games when it comes defending and protecting our beautiful black babies! 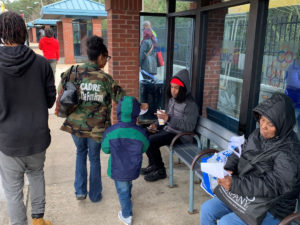 Our brothers and sisters clearly displayed and vocalized their unity while Chief Gazi demanded the felonies against Lil C Note be dropped, reparations to him and his family and charges brought against the officer who committed this crime against the African Nation.

As mall security escorted them to the exit, people ran up for fliers all while shouting the chants led by Comrade Gazi on the megaphone!

Like the cowards they are, the officers didn’t approach the Comrades until they were literally pulling out of the parking garage!

Black Hammer had the people on GO and the killer cops knew it! Trying to detain the Comrades, Mouhamadou put that ass in check after which they pulled away laughing in the officer’s faces!

With this being the org’s very first action on the ground, it’s evident that making Atlanta the headquarters for Black Hammer was the right thing to do! The people are ready to organize and that’s what Black Hammer is here to provide!

Join us, we will be rallying in the name of our young brother Lil C Note his next court date on April 9, 2019, at 8 A.M. at the Cobb County Juvenile Center! We’ll be out there as well! 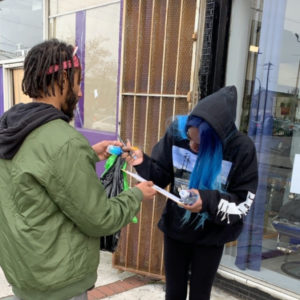 3 Replies to “Cumberland Mall is shook!”